The first map in the mean streets project is well underway as of this morning. It's incredible how much I was able to get done. I like the direction Its going in, artistically. I've shyed away from overly "murky" or "smoky" maps in the past, but it seems to work here. More to come! 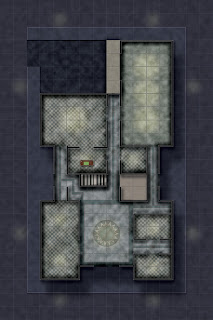 It’s no secret that NECA/Wizkids has really stepped up in the past 2 years with its production of new maps for Heroclix.  As an independent map maker developing 3rd party alternatives to Heroclix maps, the pace at which Heroclix releases new maps is an interesting challenge. In order to remain a viable alternative, and to keep the interest of Heroclix fans, I have to make maps so unique, so beautiful, and so painstakingly designed that Heroclix enthusiast have no choice but to FREAK OUT when they see them.
Here is the fact of the matter: No matter how GREAT my maps will be, they will never be official maps. It’s an unavoidable truth that cannot be changed, short of gathering the kind of capital it would take to actually license the Heroclix brand.
Then I have to contend with competitors, most notably, Grid Reality. Unlike Grid Reality, I don’t have the advantage of having HCREALMS, the biggest Heroclix community on the web, at my disposal. Also, unlike Grid Reality, I don’t moonlight as the graphic designer for all the official Heroclix maps, a title which would give me an extra boost of credibility that perhaps I haven’t completely earned yet.
So unique challenges lay before me. What to do? Well, first I have to remember the golden rule when it comes to labors of love, and that is LOVE WHAT YOU DO. The passion to create is there, the passion for gaming is there. That is the foundation. Rule 2: at the very least, break even. I don’t need to MAKE money, but I need to at least cover my costs.
The first challenge: How to produce an indispensible product that is perceived as a vital part of the game.  Well, I need to look at the reality of the situation which, as stated earlier is this. These aren’t official Heroclix maps, and they never will be, and I am not the designer of Heroclix maps. At first glance, this seems to be a disadvantage, however, it is not a disadvantage at all, and it is free license to do what I want to do! While previous Heroclix maps will always provide the baseline for what I will do, that’s all it will provide. It is the foundation unto which I will build.
The second challenge: what make MY maps so special? What do I bring to the table? Firstly I can say with professional confidence, I believe I am a top artist in this particular field. This is my biggest strength. Secondly I have a big and often frenzied imagination. Once I get in the zone, I create really great things. Using these strengths helps me overcome the second challenge by creating beautiful maps that show a great amount of involvement and imagination, this will, in turn, spark YOUR imagination and make you want to break out the maps and play a game!
The final challenge: I only have one big chance to do this so what do I do? I thought about this for a long time and I decided that I was going to treat this as my last chance to get something going with Mighty Maps. So after a trip to Philadelphia, I decided the thing I want the most is a giant map of a really scary town like Gotham. Someplace that looks worn down and a place that is a labyrinth of peril.  That’s when I came up with Mean Streets, a series of maps that connect in countless configurations. Each map is an individual map but can also connect to 2, 3 or even 4 or more other maps!
Connectible maps aren’t a new idea, but it’s never been done at this scale or level of involvement. There will be big buildings and small buildings; there will be narrow alleys and major avenues. There will be café’s, pool halls, garages, and warehouses, and anything else you’d find in a big city.  It will be huge and it will be ongoing. It will be an ongoing series of maps that will last as long as Heroclix does, maybe longer.
The first of these maps are being created right now. As far as my map making careers goes this is my life’s work. I sincerely hope that you will join me for this journey.
Posted by Matt Francella at 12:07 PM No comments:

Like us on FB, it;s the only way for poor struggling artists to make ends meet these days!!

Here is the latest, brand new release from Adventurers Atlas, on sale only here! Anchorhead was only mentioned by Luke Skywalker once, in Episode 4, but truly came to life in the 2003 video game "Knights of the Old Republic." Anchorhead served a major starport in the days of the Old Republic, and also served as a desert outpost that housed miners, hunters, and all sorts of galactic cutthroats.

The cliffside citadel is a completely unique location that serves as the perfect location for a hideout, or a place of respite for heroes on the run. It features a large landing pad overlooking a virtually bottomless ravine. 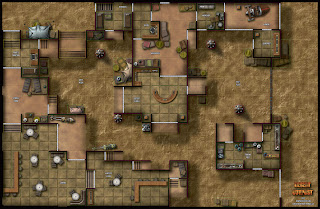 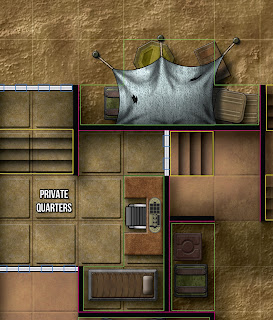 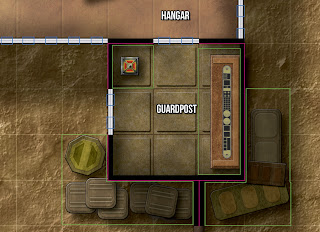 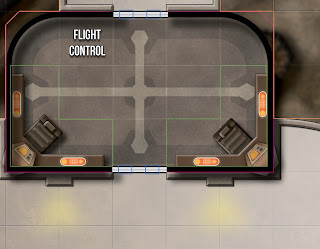 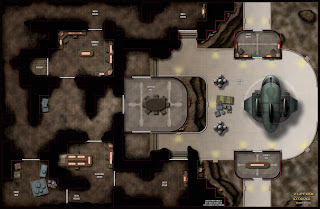 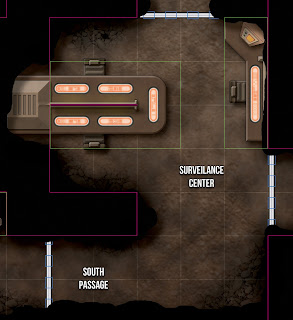 Here is a really nice interview somebody did with me while we were trying to collect funds for the new map on kickstarter.

Posted by Matt Francella at 9:13 AM No comments:

Designer Rolls the Dice With His Gaming Maps

Here is a nice article that PSprint wrote about Adventurers Atlas a few months back.

http://blog.psprint.com/featured-post/designer-dic-gaming-maps/
Posted by Matt Francella at 9:08 AM No comments:

Matt Francella
Newport News, Virginia, United States
I was inspired a few years ago to create maps for games that I love. It's developed into a passion and lucrative hobby.